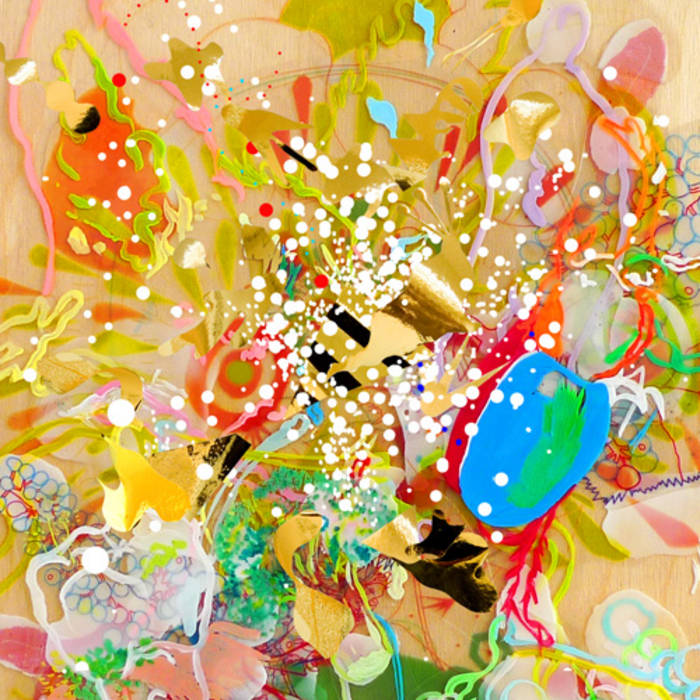 (This album is currently exclusive to Overlap's shop. Through buying this release and you support the artists directly.)

Flossin's latest offering "White Anaconda and the Rainbow Boa" is an unbridled creative explosion of electronic, rock, jazz, noise featuring Christopher Willits, Zach Hill, Matmos, Nate Boyce and Carson McWhirter. Recorded at Prairie Sun Studios in Cotati, CA. during a two day session, this improvisational album reveals a limitless bombast of sound that might possibly vibrate your mind into a relaxed jelly state. There is so much going on sonically that it has the effect of an overwhelming yet calm wash. Snakes in this context represent spiral light energy, the vibrations that comprise all things. This sound vibrates you intensely.

Flossin is a noise, jazz, electronic, rock, free improv group from the San Francisco Bay Area. "White Anaconda & The Rainbow Boa" is Flossin's 3rd release, 2nd full-length album. Christopher Willits and Zach Hill (Hella) met in 2004 and quickly began creating with old friend Miguel Depedro aka Kid 606. Their first release, "Lead Singer" was released in 2004 on Ache Records and Licensed by Yacca in Japan. "Serpents", released in 2009 by Overlap, featured the Flossin core of Willits and Hill along with the current lineup of Matmos, Boyce, McWhiter. Flossin's mission is to push boundaries of electronics, jazz and rock in a band format, creating weird and unique mind-expanding improvisations while simply having fun doing so.
www.facebook.com/we.are.flossin